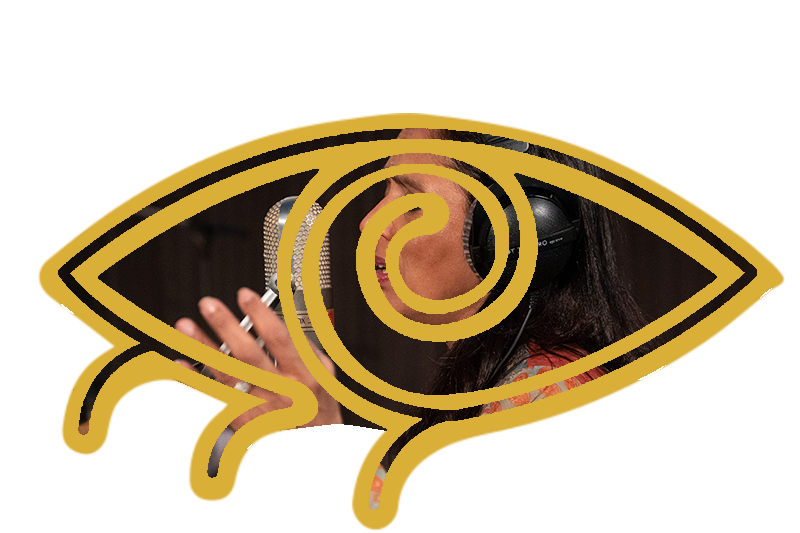 Book Kalpana & Band for your next event or festival

Kalpana Rao’s album, „Transformation „ is a powerful package of music entailing elements of Jazz, World & Pop, fused to form catchy melodies, underlined by strong, ethnic and modern, infectious rhythms. Based on the Sanskrit Mantras of her homeland India, and Jazz that has steered her musical life in Switzerland, her songs are partly English making the meaning of the Mantra tangible to all, subtly promoting the message of peace and mindfulness. Kalpana with her strong, sensually expressive voice and her prolific, international line-up bring together all their musical influences to form a unique, hip sound. Reaching out to a wide audience, this band holds the listeners captive, making one embark upon a musical journey that is calming & invigorating at the same time, inspiring one to groove, sing and let feelings flow freely. 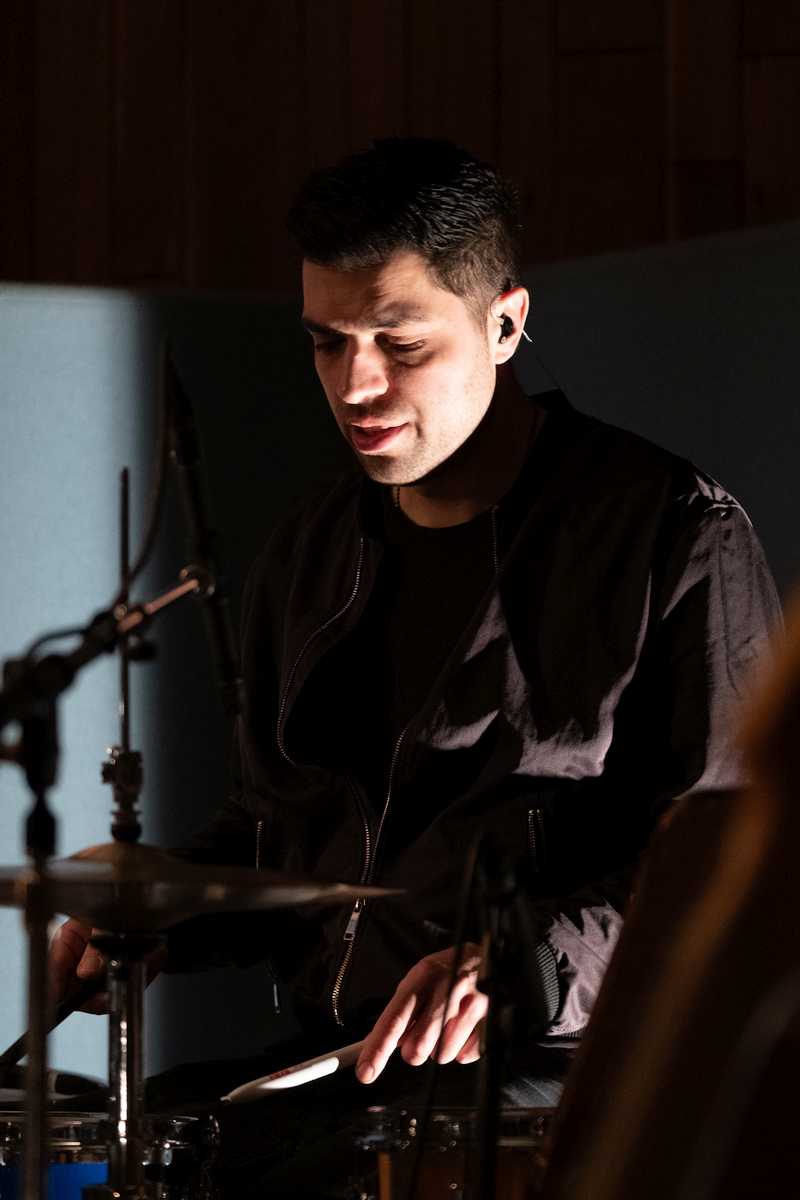 Massimo Buonanno is counted as one of today’s most sought-after live and session drummers.
Massimo began playing drums at age 13. Known as a prodigy, by the age of 16, he was already in demand as a session musician in Switzerland, Germany, Austria, and Italy.

He has won the first prize in numerous drumming competitions; Swiss National Drum Contest, European Musician Contest; Drums & More Festival in Austria, Jeff Porcaro Tribute Contest, to name a few.
In 2005, Massimo attended The Drummer’s Collective, a world reknowned Drummer School in New York, on a full scholarship. He studied with several famous musicians such as Kim Plainfield, Ian Froman, and Marco Djordjevic. Graduating from the Berklee College of Music on a scholarship, Massimo was strongly influenced, among many others, by the likes of Dave Fiuczynski, Mark Walker, Dan Moretti, Oscar Stagnaro, who left an indellible mark on him, making his ambition to be the best drummer he can possibly be in a career focused on collaboration, experimentation and dedication to his craft.

At 34, Massimo Buonanno is an accomplished musician. His career achievements to date include more than 200 recordings. He is grateful and thrilled to have been asked to record and play for a variety of artists across the spectrum of music such as: Seven / Gregor Meyle / John Mayer / Alain Clark / Marc Broussard / Laith Al Deen / Lunik / Xavier Naidoo / RAD /Adrian Stern / Stefanie Heinzmann / The Voice / Band member of the Voice of Germany /RAD etc.

He has also appeared on TV with the superstar Robbie Williams @ the Swiss Sport Award and Italian superstar Eros Ramazzotti.
He has and is still touring worldwide with Swiss, German and international chart-toppers and released his second solo album at the end of 2017.
He also works as a producer at his own record label, Lucky Tiger Records, Switzerland. 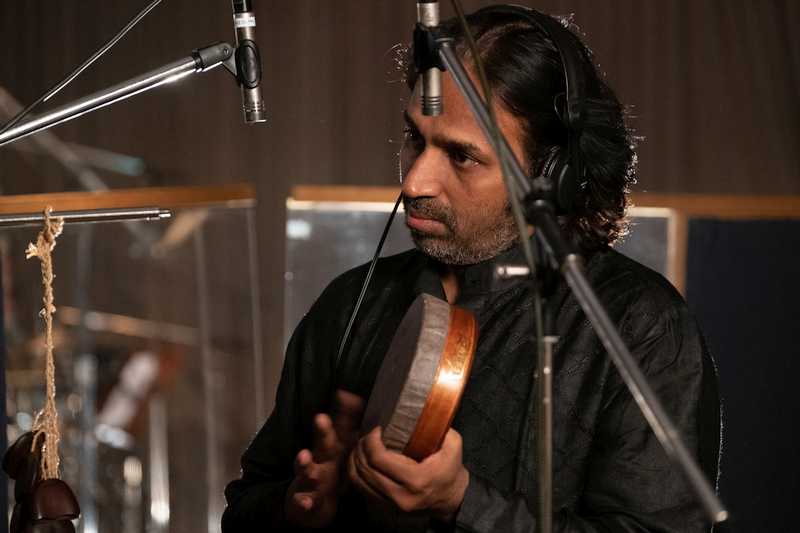 With over 20 years in the music industry, Muthu kumar has made a niche for himself as a tabla player/ percussionist par excellence.

Having studied under legends Ustad Allarakha and Ustad Zakir hussain, Muthu has travelled around the globe many times and performed on many prestigious stages and festivals.

He is the founder of Rhythm Shala - a school for Indian percussions. Muthu is one of the pioneers in the field of Online Tabla learning with more than 50 students around the globe.

Muthu has collaborated with musicians around the world, across genres. He has recorded on numerous albums.
He is the founder of popular bands - Mystik Vibes and Atmic Vision

Aman Mahajan is a pianist, composer and improviser based in Bangalore, India, playing improvised music across a diversity of musical idioms. A Berklee college of Music alumnus, his current work is influenced by traditional and contemporary forms of music from around the world, often concept-driven, and inspired by a sense of unity and connection. He is also keenly interested in improvised music as a medium of interaction and exploration.

Focussed on the development of contemporary improvised music in India, Mahajan also teaches music privately at his piano studio in Bangalore, and has been a returning faculty member at the Global Music Institute. 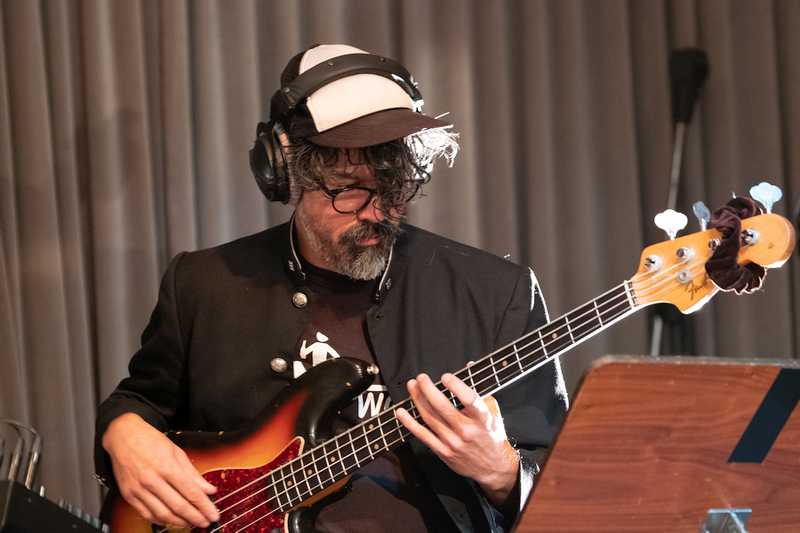 Rodrigo was born in Santiago, Chile but grew up in Melbourne, Australia.

Rodrigo grew up in a musical family and was from quite a young age, constantly exposed to various styles of music. Following in the footsteps of his drumming father and older brother, his first instrument (and first love) was the drums. Then at age 15, and after experimenting on a few different instruments he settled for alto sax, and continued to play it all through high school.

At age 18 Rodrigo switched to bass and very quickly began playing on a freelance basis with various bands and ensembles, both in live and studio settings, and in a variety of genres such as flamenco, Latin (Cuban & Brazilian), rock, blues and reggae but particularly jazz and funk.

In 1993 Rodrigo enrolled at the Victorian College of The Arts (in Melbourne, Australia), where he did the Jazz course (Bachelor of Arts in Performance).

In Australia, Rodrigo toured nationally and internationally with Men At Work, Daniel Merriweather, Jenny Morris, Bardot, and with Ricky Martin on his ‘Jaleo’ Australian tour.

To date, Rodrigo’s compositions, arranging and bass playing feature in over 200 albums. Before he left Australia, he was also a member of the faculty at Monash University (Jazz course) where he taught, ran workshops and occasionally lectured.